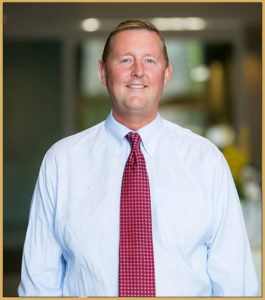 Over his twenty years of practice, Mr. O’Malley has won substantial victories on behalf of his clients and has garnered a reputation as a skilled, ethical advocate. Mr. O’Malley has abundant experience in both sides of high stakes litigation. On the defense side, he has prevailed in cases involving billions of dollars in exposure and served as national counsel to various Fortune 500 companies in complex business litigation matters. On the plaintiff side, Mr. O’Malley has secured many multi-million dollar settlements and/or judgments for his clients. Within the last eight years, he has been involved in securing over $200 million in verdicts and settlements on behalf of his clients, who have often lauded his performance not only for his legal skills but also for the favorable impact his results have had on their lives.

The legal matters with which Mr. O’Malley has been involved have received international, national, and local press coverage, including articles published in the The Wall Street Journal, Reuters, The Daily Journal, The Orange County Business Journal, and other well-known publications. Mr. O’Malley has been selected a SuperLawyer by Los Angeles Magazine for many years and has been included in other Who’s Who lists pertaining to the practice of law in Southern California. He has been a guest legal expert on KFI Radio and a lecturer at seminars and events on a variety of legal topics.