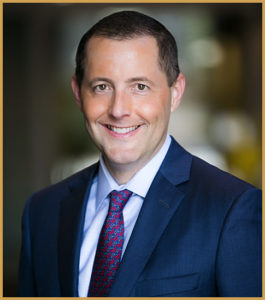 Results: Scott is one of California’s most successful trial lawyers. He has tried dozens of cases to verdict as lead counsel, obtaining multiple 8-figure judgments and recovering nearly $500 million.  A widely-recognized expert on trial strategy, he has lectured frequently at CLE seminars on jury selection and cross-examination.

Awards: Scott has been featured on the cover of the California Daily Journal as the state’s “Top Attorney Under Age 40” and is consistently identified as a “Top 100 SuperLawyer” in Southern California.

Practice Focus: Scott has pioneered the emerging area of website accessibility law.  He was the first attorney in the country to obtain a judgment holding a defendant liable for failing to make its website accessible to individuals with disabilities.  He has since create appellate law establishing that a commercial website is the “jurisdictional equivalent of a physical store in California” and that Courts have the authority to issue broad injunctions requiring companies to make their websites accessible to disabled consumers.

Interests: Scott has completed over 20 marathons and half marathons. He spends his spare time in the ocean on the Big Island of Hawaii and in the mountains of Big Sky, Montana with his wife and two young children.

Contact Note: Scott does not have voice mail and does not take unscheduled calls.  If you wish to communicate with him, use e-mail.